The flow of life and the Law of Attraction 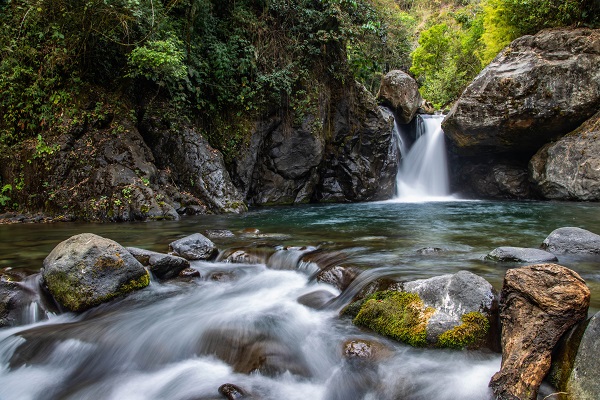 The law of attraction is part of life, you need merely recognize it. Masaru Emoto who is known for his studies on the effect of thought on ice crystals and whose work was seen in the movie What the Bleep developed a philosophy about life at a young age after he nearly drowned in the ocean.

…she gave me some advice based on her ability to swim and float in water: “you can float if you just give in,” she said. She said if I let the water lift me instead of trying to resist it, it would pick me up and carry me.

Since that time, I have I try to let myself go with the flow as I gently move in the direction that I wish my life to take me

This philosophy is not unlike what Ester Hicks channels with Abraham. They talk of struggling to paddle the boat upstream, to paddle against the current when everything you want is downstream, if you’d just turn the boat around: life would be easy.

Often we struggle because we are doing not what we, deep in our hearts, want to do, but rather what has been defined by our circumstance, by those around us, our life has become a series of musts. With all of these musts, life becomes difficult and we flail and life is hard.

People flail around when trouble hits instead of letting life lift them. They paddle upstream instead of down. Ask yourself – how can I let life lift me like Emoto’s water. People have said, “let go and let God.” Bob Proctor talks about the law of non-resistance in the 11 Forgotten Laws course. He says 9 out of 10 people violate it. Resistance is a signal that you are moving into a new area and what you resist persists. Bob says, “instead of reacting, respond…let go of resistance, just let it go.”

Reacting is a habit to respond you have to think. When you react to whatever it is causing you to react wins, when you respond – you win. Emoto’s water: to think is to let the water lift you. In life: to think is to let life lift you. Can you believe that about life, that it will lift you? That is the law of attraction see the thing and be drawn or lifted toward it.